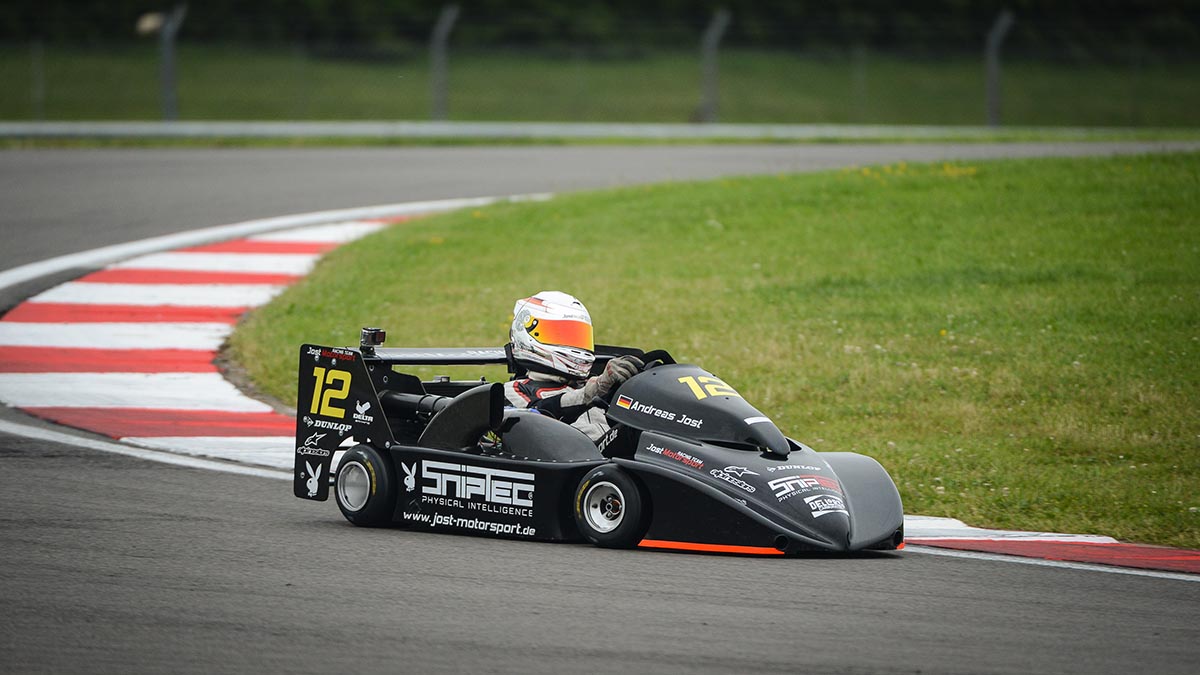 The opening race in Dijon started promisingly for Andreas Jost. After a first place in the first race and second place in the second race Andreas secured first place in the overall standings. The start of the European Championship took place from 01-03 / 06 in Donington (UK). After a major engine failure already in free practice, the conditions were not exactly positive. The lost track time was noticeable in the set-up finding and so Andreas was able to adjust the race car for the upcoming races and qualifying only roughly. Nevertheless, he managed to put his vehicle in first place in the second qualifying. In the overall standing of qualifying this was enough for second place. In both races, however, the lack of track time and thus the not optimal set up for the race became noticeable. However, Andreas was able to finish both races in third place and is therefore in third place for the remaining European Championship races. The next race will take place on the first weekend of August (03-05 / 08) in Assen.