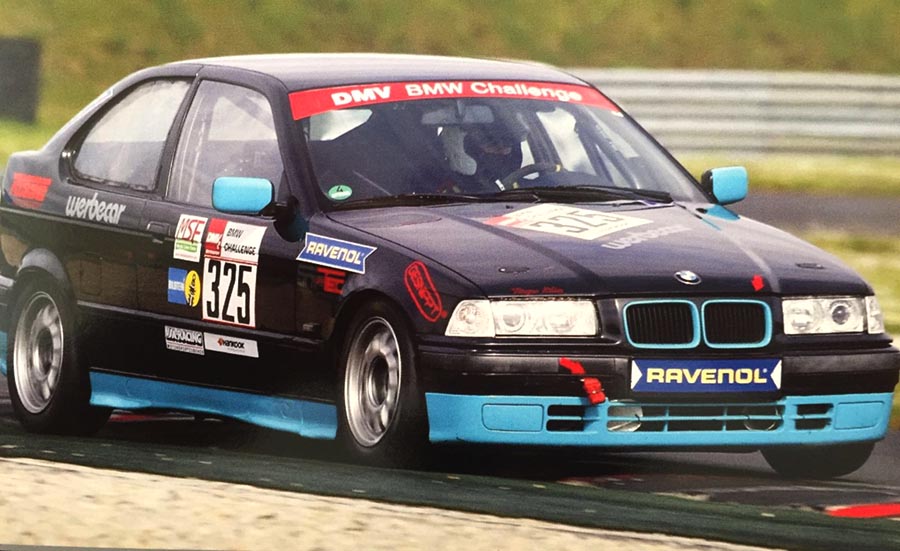 Nico Rielmann won his class the BMW-Challenge with a snippted BMW 3 Series. The independent team was able to successfully prevail in the highly competitive class against all competitors. Congratulations! 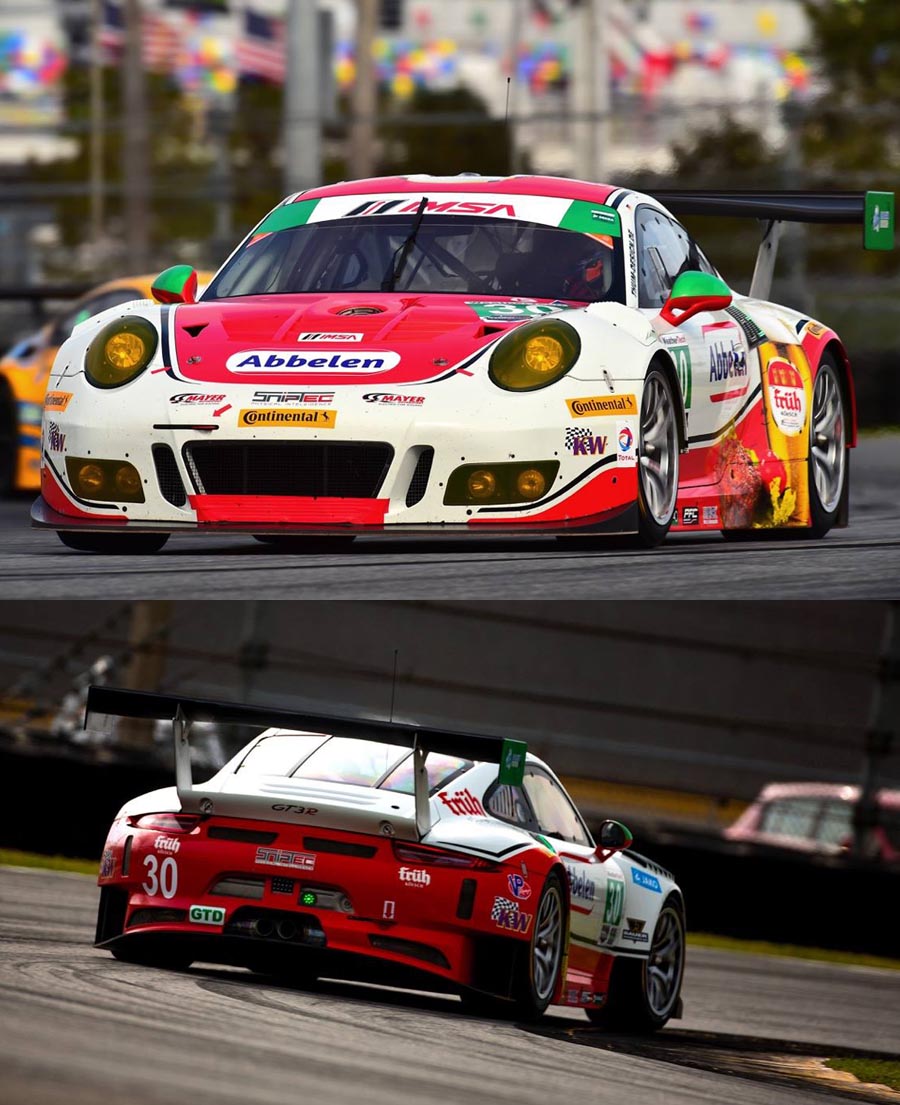 Successful baptism of fire: On Sunday, Frikadelli Racing finished the „Roar before 24“ in Daytona in a very positive mood - but the three test days proved themselve to be very hard for the crew. More fine tuning in the last sessions showed further progress for our car. All drivers now feel very comfortable with the new Porsche 911 GT3 R, which didn’t get a single scratch. And the lap times seem to be very competitive …
https://www.facebook.com/Frikadelli-Racing-Official-Fanpage-160145224008529/?fref=ts 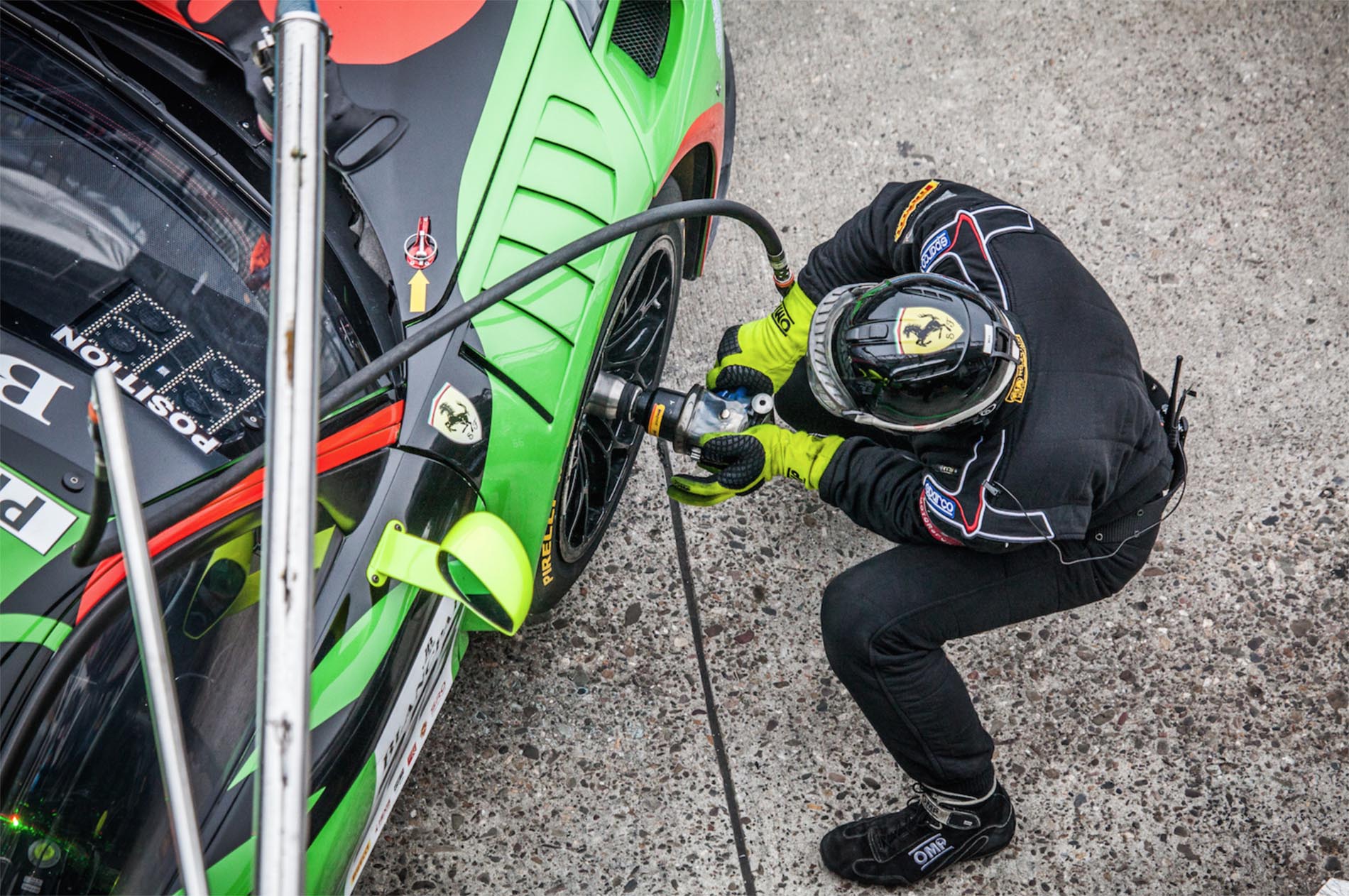 Rinaldi Racing, headquartered in Mendig and SNIPPTEC will cooperate in the Blanc Paint Series from the season 2016. Last week, final details were discussed. The specialist for Ferrari and Porsche racing cars is represented in the Blanc Paint Sprint and Endurance racing series with some vehicles. In addition, the start at the 24h race at the Nürburgring and in Spa are planned. In addition to the use of racing cars Rinaldi Racing also specializes in the revision of engines, transmissions and chassis optimization. We look forward to a common successful year 2016! Photo: Rinaldi Racing 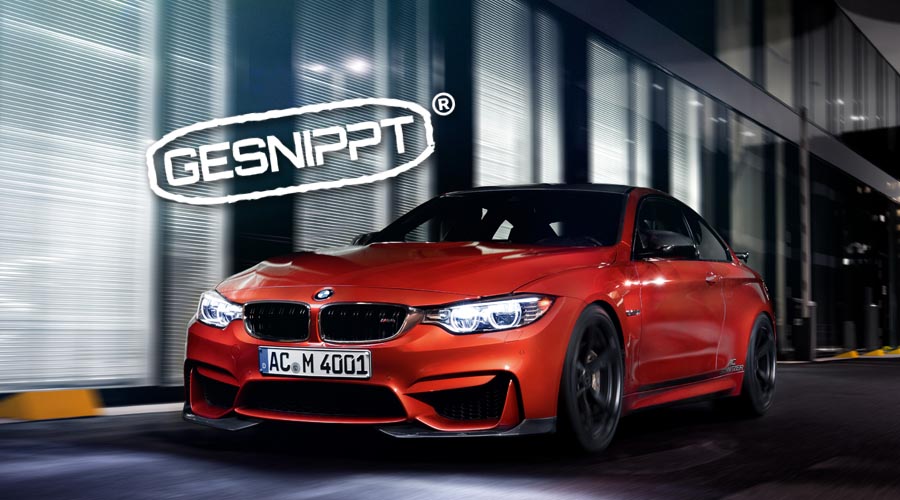 The first joint project of AC Schnitzer and SNIPPTEC leads to success. Thus voted Manfred Wollgarten (AC Schnitzer, line art) and Peter Kruse (SNIPPTEC) AC Schnitzer BMW M4 together from order then to present the car to test on the Hockenheimring. Quote sport auto (11/2015):
"... blessed this M4 with razor-sharp relent and stable accelerating - understeer and oversteer are then absolute foreign words."
"With a lap time of 1.09,2 minutes of AC Schnitzer M4 pulverized not only the lap time of the production model, but crowns are also the fastest BMW of all time in the sport auto test Not only that. The Schnitzer-M4 plays suddenly in a league with the Superleggera LP570-4 Lamborghini Gallardo (1.09,2min), the new Audi R8 V10 Plus (1.09,4min) and the Porsche 991 GT3 (1.09,6min) with. " The complete article (German) 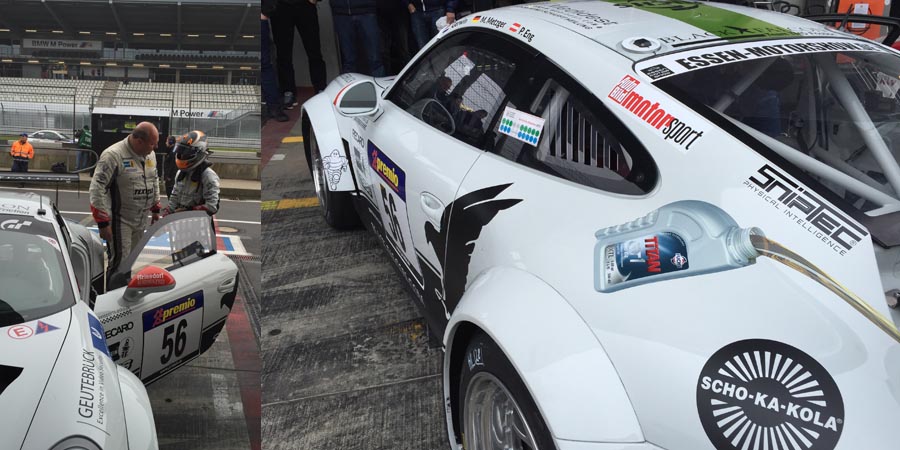 In the final race, the fast trio with P. Eng, M. Metzger and "Gerwin" won the overall victory in the VLN on a gesnippt race car for themselves.
Already the qualification showed the quality of the trio in combination with the fully gesnipp race car. Due to overall victory the team could also secure the class win in the SP7. 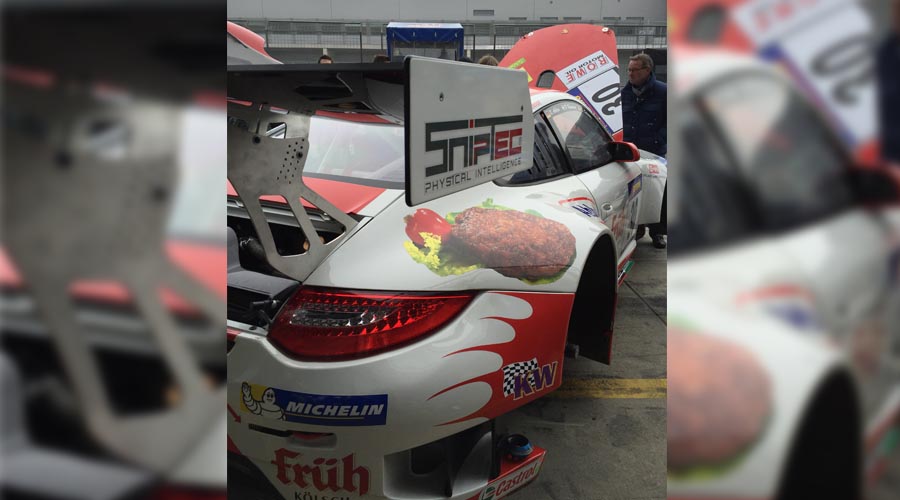 The final race in the Eifel was disappointing for the team from Barweiler. However, after a good qualification for the race (5th place), the car had to pit because of gearbox problems already in the second lap of the race.
The damage could not be repaired in an adequate time so that the Frikadelli team left the competition for the Speed Trophy without a fight this time. 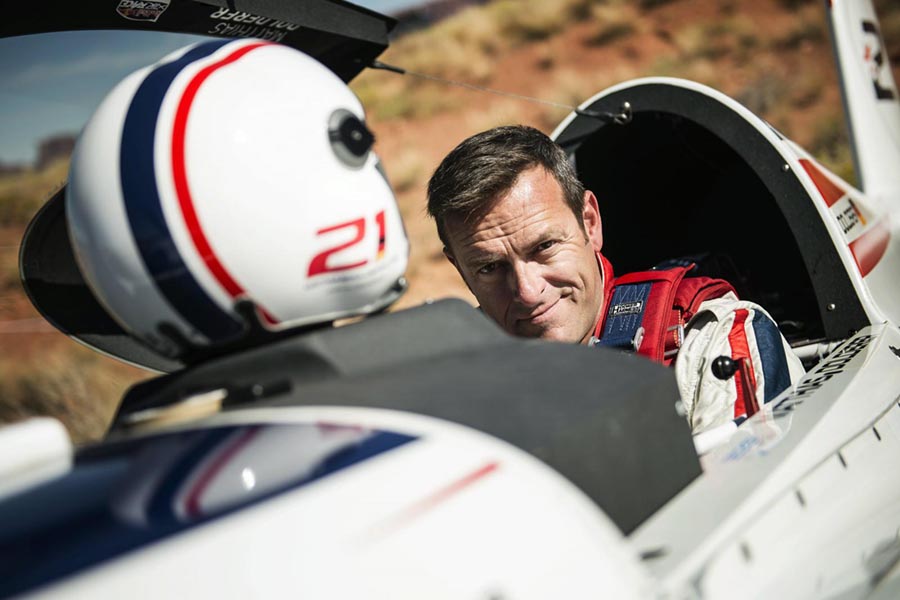 Matthias Dolderer flying distance record in Las Vegas. But in the final run Matthias flew more conservative due to the difficult weather conditions. This was still enough for the podium at the weekend and 5th place in the overall standings of the World Cup! Meanwhile other teams register that the combiniation of good pilot and optimized aircraft is certainly a contender for the victory of the World Cup for the future. Photo: © Matthias Dolderer 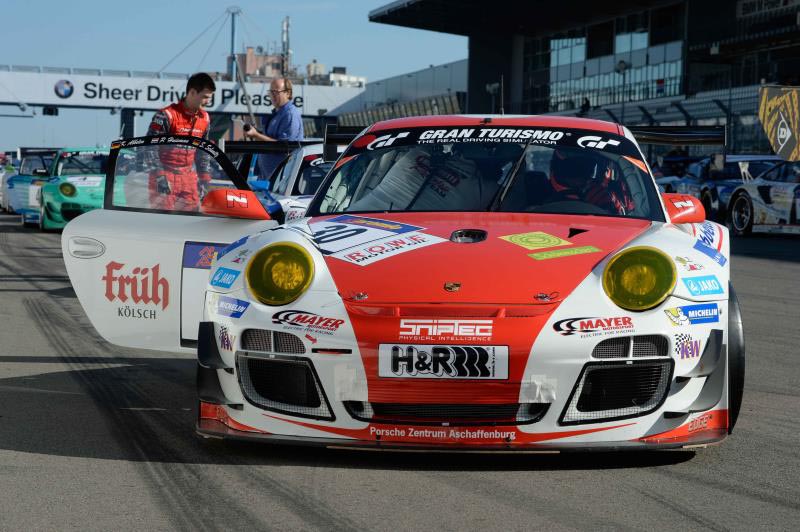 Frikadelli reached P3 in the SP9 class despite an unscheduled, additional pit stop. Still leading in the Speed Trophy (fastest team in the VLN), the team will try to defend this place at the final race in the VLN on 31.10.2015 and be able to take the cup home for the umpteenth time. Phto_ Frikadelli Racing 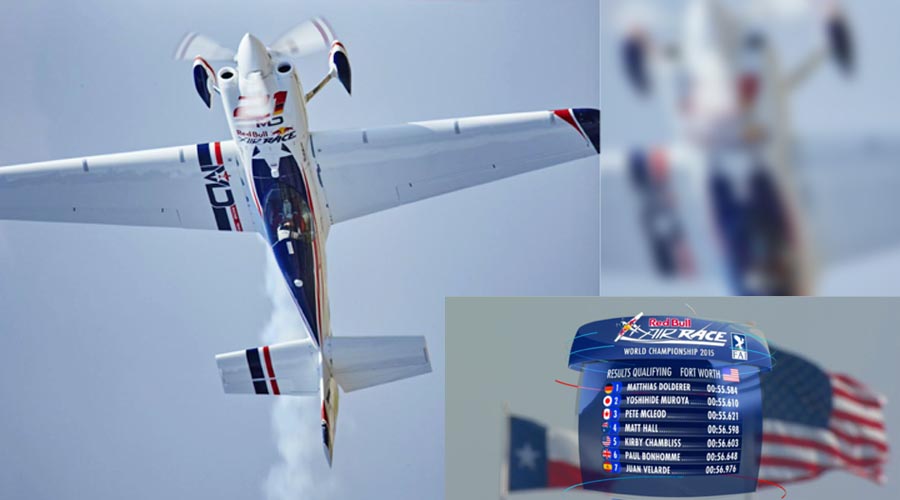 Matthias Dolderer flew a new sensational record lap during qualifying. Look at it on www.redbullairrace.com (Fort Worth => Review) Nice to see that reflected the improved performance by the new AERO Converter in the results. 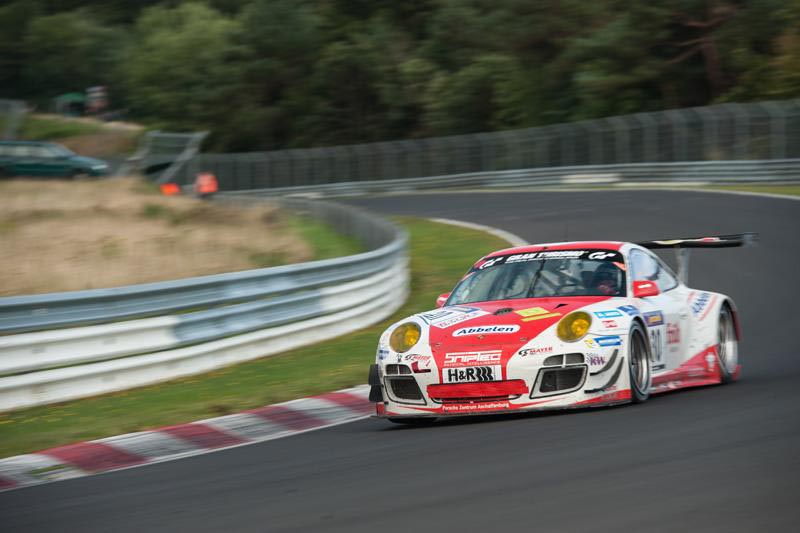 This past weekend, Frikadelli was able to show, at least in the first stint, what they can do. With the new Tyre Converter we could make up for some of the performance lost in the last race. The lost pace this year of Frikadelli is largely due to the current speed limit on the Nordschleife. The top speed was one of their strengths in the past year.

Patrick Huisman managed the car on position number 1 to pass lying on Sabine Schmitz. Then, however, many small things lined up against each other and meant that it did not make the team around Klaus Abbelen finally up to the podium. Here could hide little about the missed podium the fastest race lap. 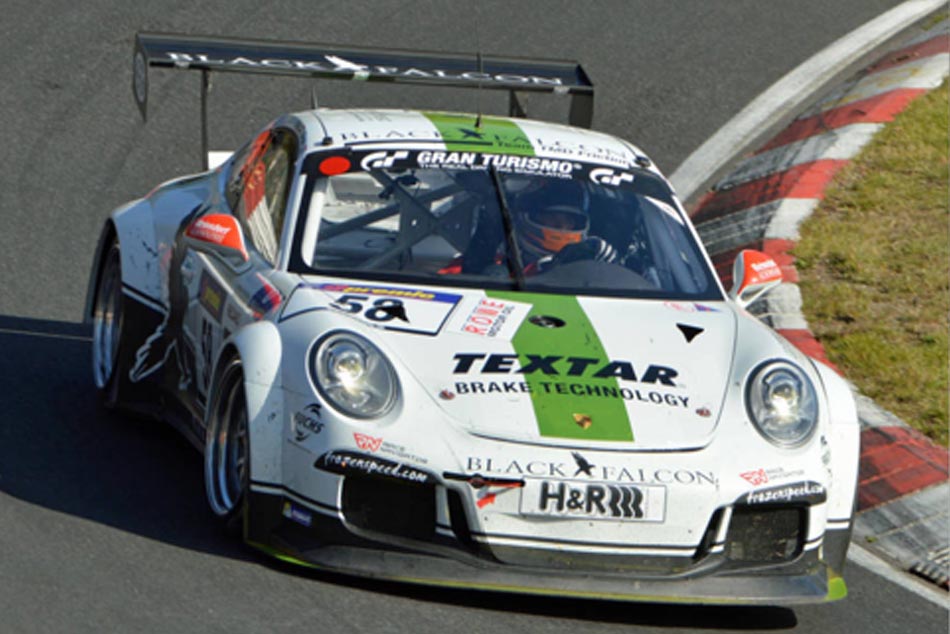 Philipp Eng and Gerwin were a long time in the lead and fought hard with the Manthey Porsche in the SP7 class for the win. In the last round of the Gerwin-Porsche had to box for unknown reason and missed the race win. The next VLN race we will test another SNIPPTEC products on Gerwin-Porsche. Let's see how far we can still improve the performance of the Porsche. 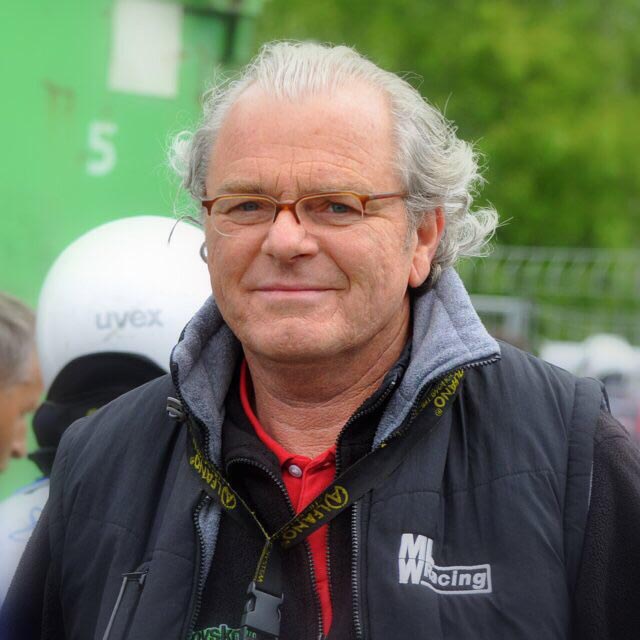 As part of our BMW M4 project the company Snipptec was invited by AC Schnitzer. This should prove the BMW M4 and in several planned trials show what they can. After an input drive in its original state the first components were installed on the tires, wheels and chassis. Quick, there was a marked change in vehicle dynamics in curves. The stability and controllability of the vehicle increased considerably. Also, the higher grip in the corners was very noticeable. Following even the engine has been modified. Exceptional was the increase in torque in the lower and especially in the upper speed range. The result showed afterwards in the test with the magazine Sport Auto on the small track in Hockenheim. Here you could drive a new BMW tuner AC Schnitzer lap record. With a new lap record could clearly distance itself from the competition in this test. 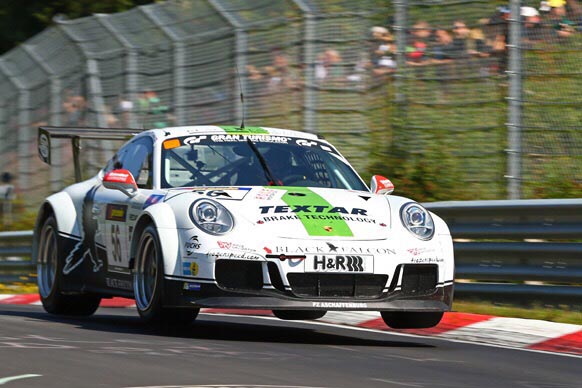 The "Gerwin“-Porsche with the pilots Gerwin/Metzger won superior the 6-hour race at the Nürburgring. After even the aerodynamics have been modified on the vehicle of SNIPPTEC on Friday, the pilots were up significantly on speed. With a fastest lap of 8: 21.496 they were nearly 6 seconds faster than the runner-up of the SP7 class. Only the Krähling-Porsche, also modified by SNIPPTEC, could follow. However, this only partially gesnippten vehicle was missing already 11 seconds in the fastest race lap. 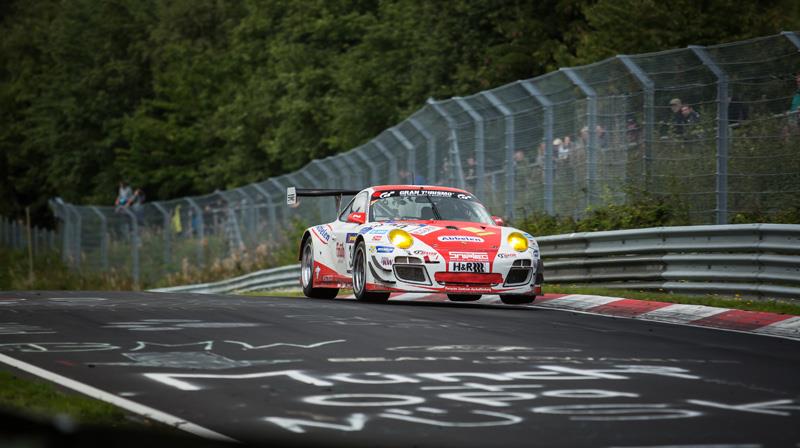 No luck: The fastest meatball in the world, the Frikadelli Porsche GT3 R with the number 30, had to end the race prematurely after a guardrail contact. Until that time the team around Klaus Abbelen, Sabine Schmitz and Patrick Huisman was on podium course (P3). 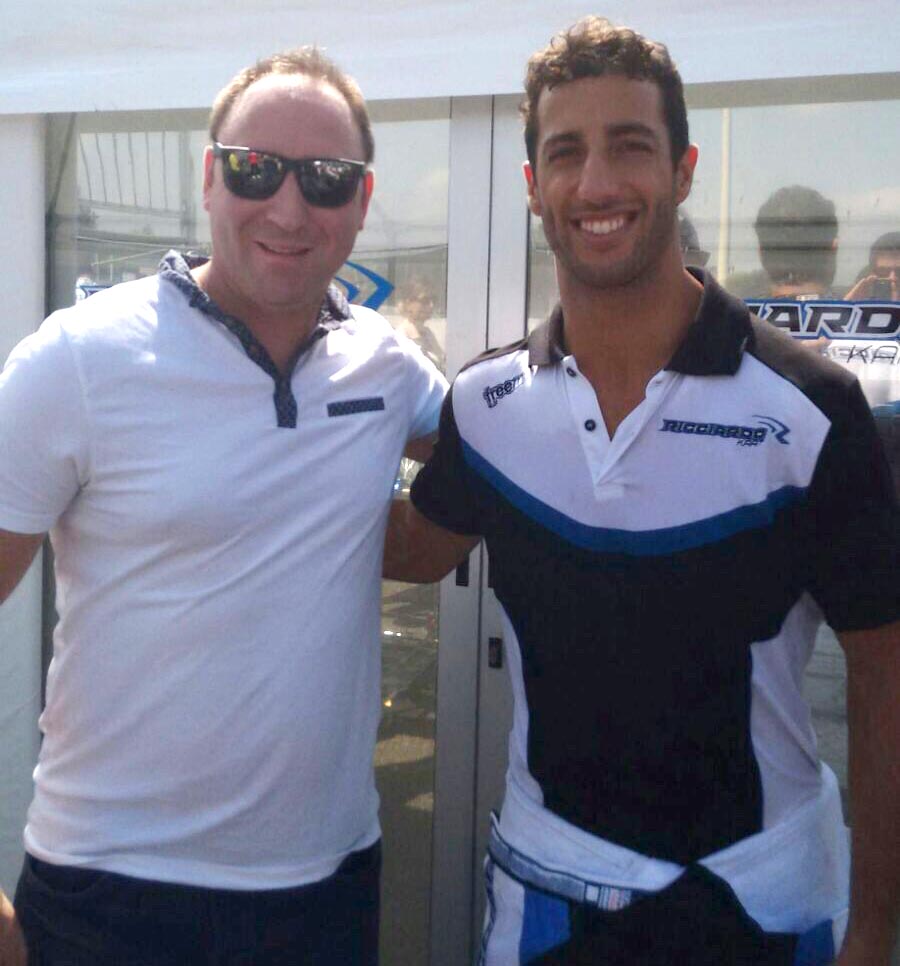 Mark Owens (SNIPPTEC) met at the edge of the presentation of his new karts in Italy Daniel Ricciardo. Initial discussions run... ;-)
Read more... 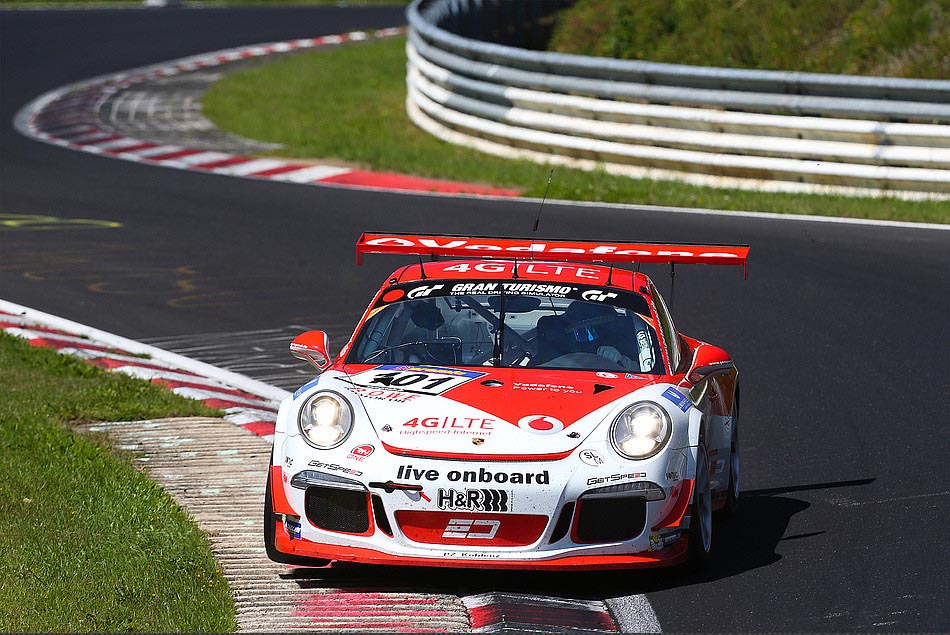 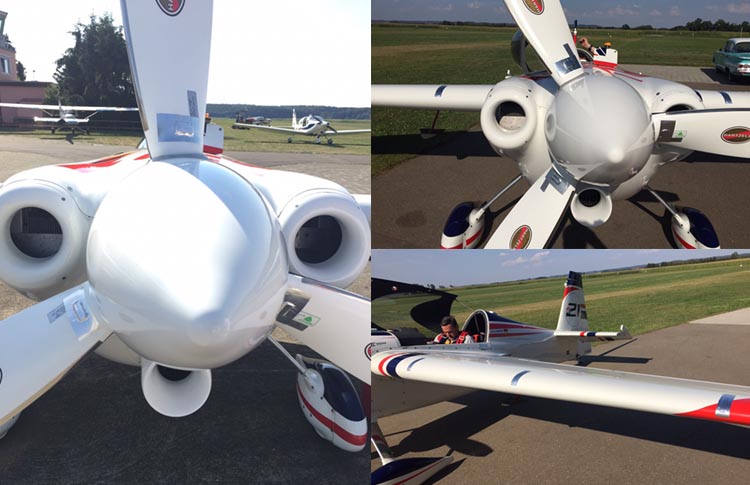 A successful test could the SNIPPTEC team perform on the plane by Matthias Dolderer: With the new Aero chips the aerodynamics could be improved significantly - the data logger showed incredible changes. 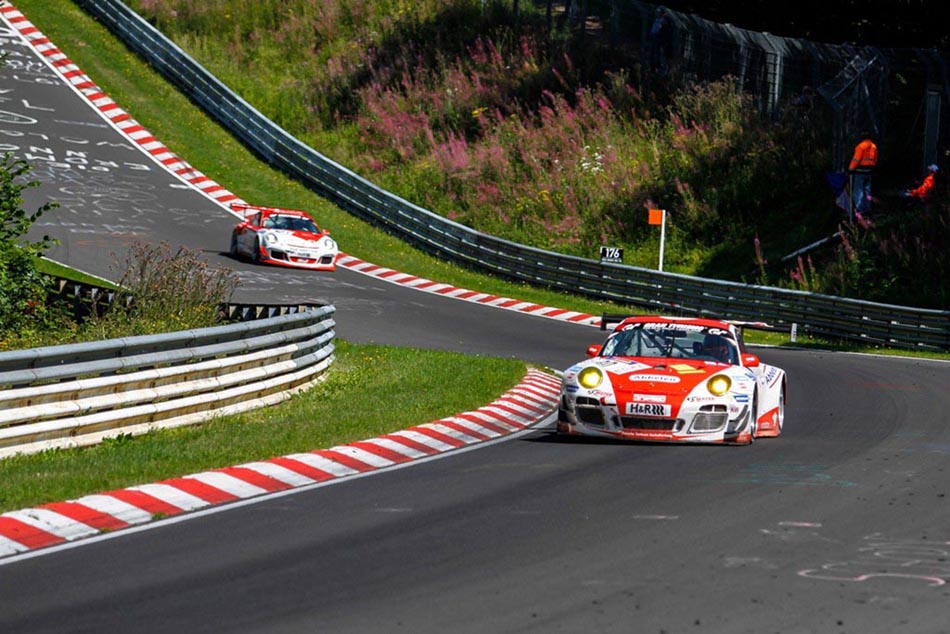 Through a not optimal spilled qualifying it went this time only from grid position 8 into the race, but that could be compensated due clever strategy, a favorite pit stop, and not least by the driving skill of the trio. After only a few laps, the „fastest meatball in the world“ cavorted on overall 3 and thus once again on the podium. However, the unexpected end came already on lap 11, a short carelessness led to a ride in the green and a bumpy contact with the crash barriers. Although the wrecked vehicle drove even on three wheels to the box, but the damage was too strong to go again to the track. 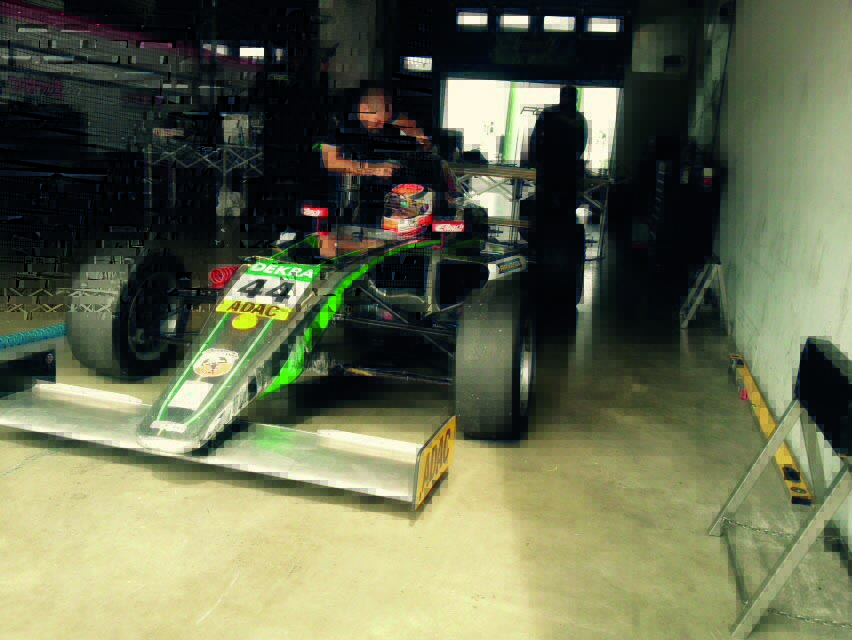 We snipped the first car in the ADAC Formula 4, the car of Glenn Rupp (Germany), pilot at Team RS Competition. The SNIPPTEC-team wishes good luck! 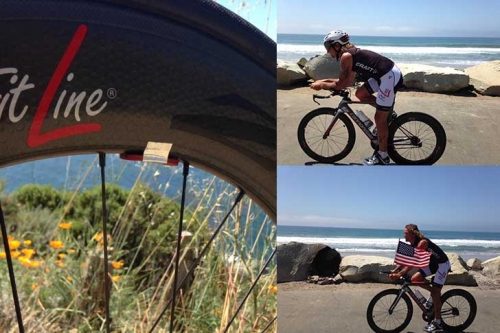 Achim Heukemes put his "gesnippt" bike back an impressive route through America. The result: less rolling resistance, resulting in reduced effort - not unimportant in this route! In addition, the frame has more stability, which has a positive effect on the driving characteristics. 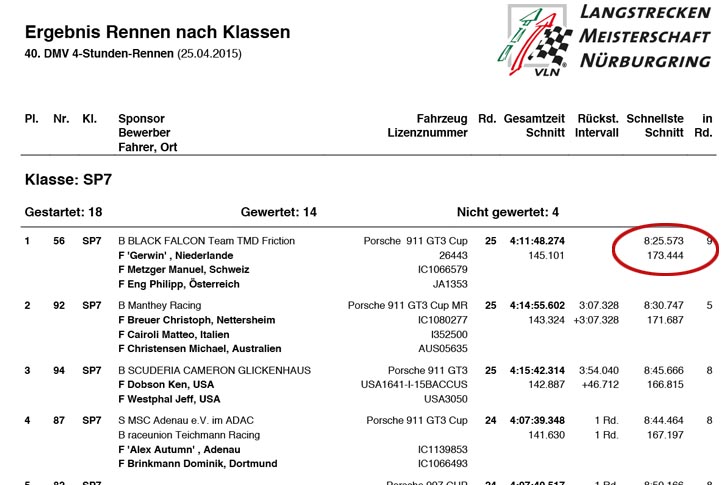 The Gerwin-Porsche with number 56 of the Black Falcon team has not only secured the first place at the Nurburgring, but also fired an impressive fastest lap in the asphalt. With a time of 8:. 25 573 min the vehicle was 5 seconds before the second place (8:. 30,747 min) and stately 10 seconds (8: 45 666 min.) To find before the Third in the SP7 class. 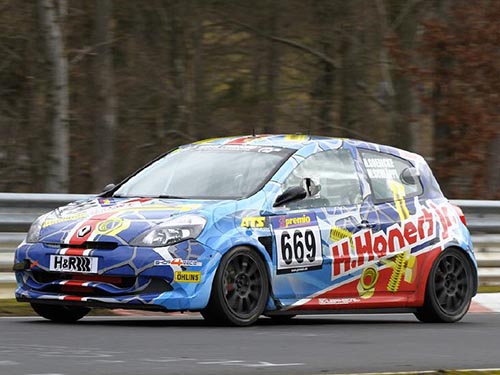 Despite failure at the 2nd round of the VLN Nürburgring the Renault Clio of Schläppi team set the fastest race lap from Switzerland. The SP3 vehicle with drivers Holger Goedicke and Fabian Danz left with a time of 9:. 34.17 min, the runner-up with 9: 36,939 behind.